I tap my FitBit, scroll until I find walk, and hit go.  I need a walk. I just drove three hours and had crap sleep again. Maybe tonight I need to take two melatonin gummies? I need the sun, the walking meditation, and

to figure out how to instill hope to female faculty/staff in a country that is attacking women daily: Roe v Wade, maternal deaths, suppressed voting rights, and murdering women for being female.

As I take my first steps onto the trail, I walk by a group of young men gathered in a circle. I think, “If they come at me, how do I stay safe?” My heart speeds up. I look around for others-nobody else is around.

I glance at the men to see if they notice me. They don’t. I breathe a sigh of relief. They are focused on the ball-not me. All by myself. Without my phone. Without ID. Vulnerable.

I berate myself for trusting the world too much. For not having my phone to call for help, an ID to help police know who I am faster if I die, and my keys to stab a potential attacker in the eyes. Should I go back to my hotel and get those things? 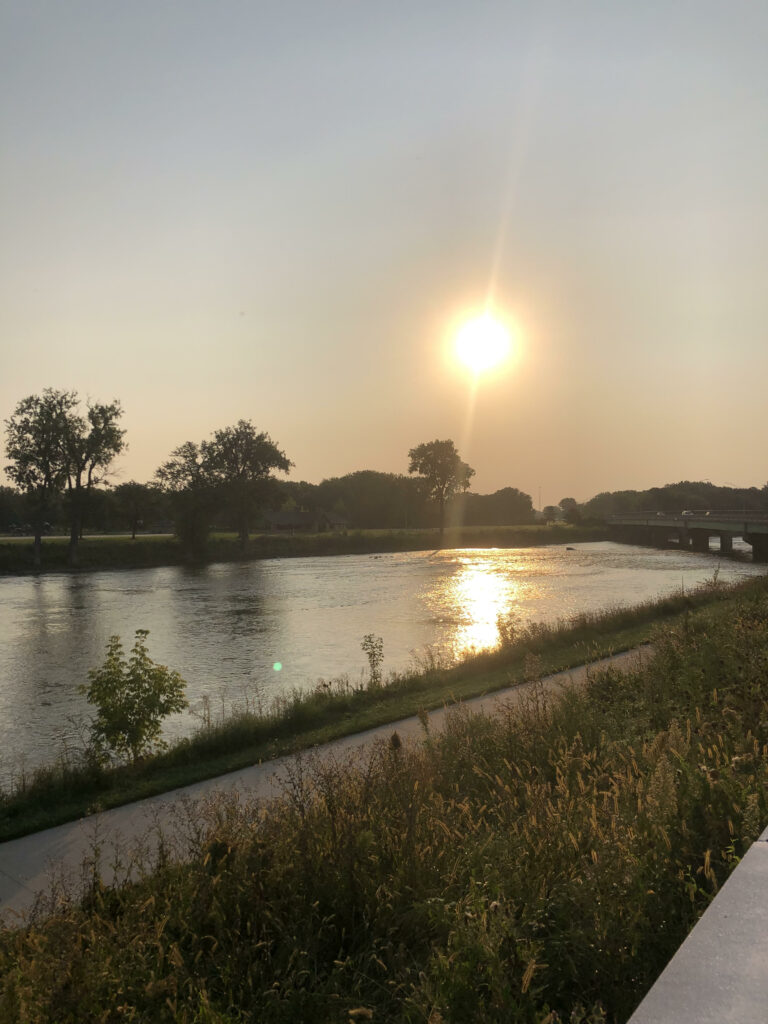 And then I stop. Victim blaming keeps women silent and men unaccountable; I will not give into it. I sigh and keep walking.

On the right, I notice the mama duck and her six almost grown ducklings in a straight line. I chuckle-teenagers. And then I sense the vast overgrown brush on the left. I peer into the brush on high alert to see if there are any men hiding. I don’t see anybody. My shoulders drop.

The tall swishing white flowered weeds that look like starbursts that as a child I called flowers and brought home to my mom line the trail. I take in the wild, sharp smell, and I smile. My face relaxes.

The sweat drips the toxins of the week. The murder of a student that I didn’t know personally but graduated from the school I worked in Memphis. She is the same age as my baby sisters. I mean was.

Eliza Fletcher was on an early morning run when she was kidnapped and murdered. I am holding my breath.

Back on the trail, a danger sign shouts, “Be careful of slippery surfaces.” Slippery surfaces? How about being kidnapped or assaulted or murdered for being female?

As one Twitter user said, “Women runners worry most about two things before a run-whether they’ll be abducted/assaulted/murdered or if they’ll be subjected to cat calls and being sexualized. Men worry about whether they should poop before or after their run.”

I wonder, “Do I address this in my session?” And then I think, “How can I not?” It needs to be talked about. But how? Women are already at their breaking points. I get that.

I struggled with the hopelessness of it all myself until I found the wisdom from the women who have done the hard work before me like Gloria Steinem, Billie Jean King, and Heather Booth of The Jane Collective.  When I read article after article and watched interview after interview, there was one common theme from all these influencers: Hope.

This is my MOXIEmoment. The power of hope.  Gloria says, “Hope is a form of planning.”

Is it really that simple? And hard? Hope.

And then I remember Liza’s friends. In their pain, they organized Let’s Finish Liza’s Run with the goal of “standing up for the women in the Mid-South and emphasizing that women should be able to safely run any time of day.” At 4.20am on Friday, over 5,000 women finished the run Liza never had the chance to finish 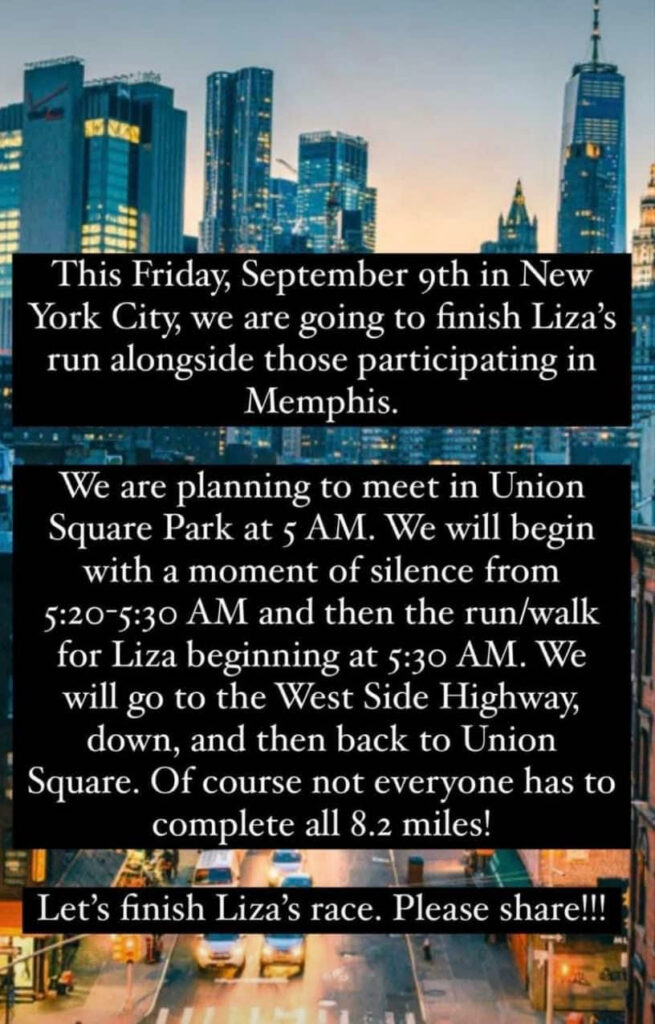 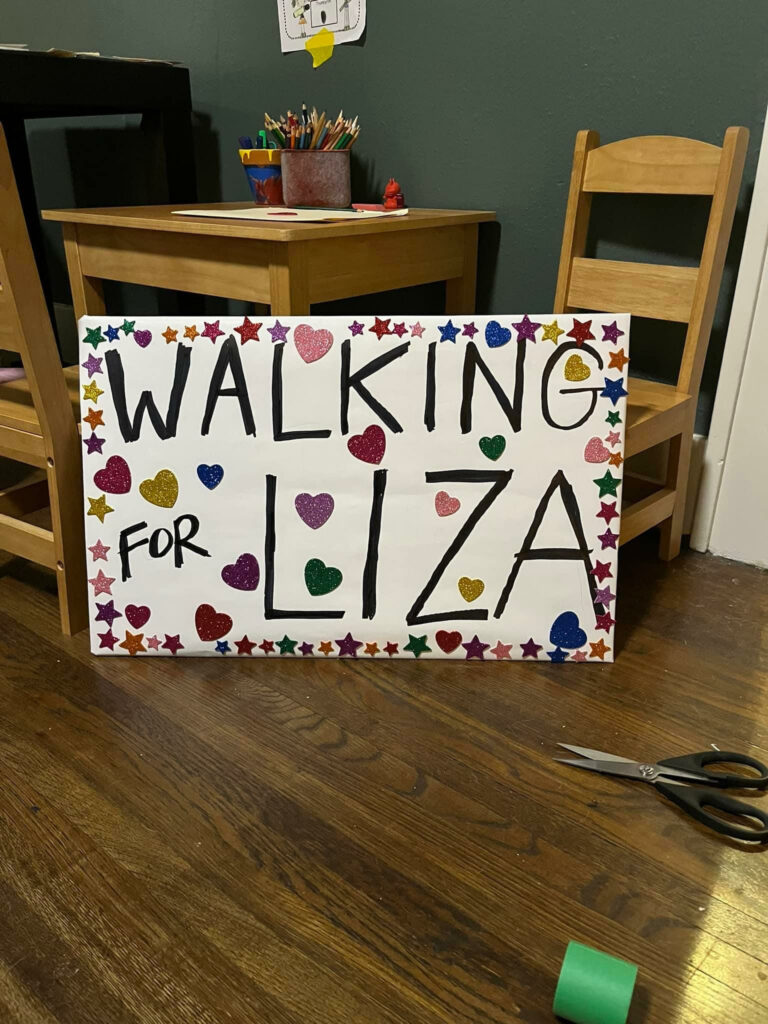 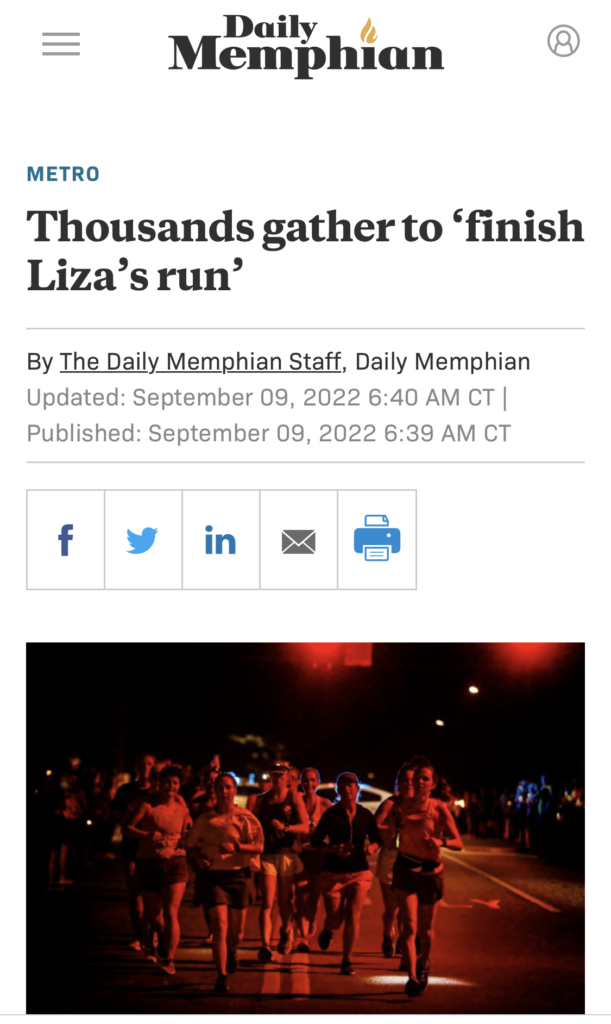 The love, support, and hope has spread around the country; I saw posts from Tupelo to NYC to Kansas City and back to Memphis. This is the beginning of a movement.

“If you’re not hopeful, you’ve given up.” Thanks for the reminder Gloria.

I will not give up.

What is your hope for women? How will you help create a safer world? What will you not give up on? Comment below.

In Hope and Moxie,  Kristi

BE NOTIFIED ABOUT THE MOXIE ON TOUR AND SPEAKING EVENTS