Tornadoes, Sharks, and Bears. Oh my! 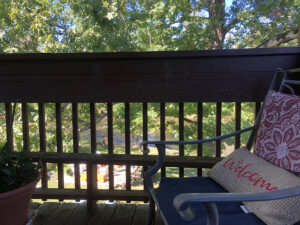 It’s 3am. Do I get up or try to fall back to sleep. I’m unsettled-this feeling is not going anywhere. I turn the bedside lamp on at my Airbnb in Townsend, TN.

What’s bothering me? The 800 plus emails in my inbox? Nope. The session I’m leading in three days about the intersection of race and gender? Nope. Hiking the bear infested Smokies? Yep!

Three of my biggest fears in life are tornadoes, sharks, and bears.

Fear. Noun : an unpleasant emotion caused by being aware of danger : a feeling of being afraid  : a feeling of respect and wonder for something very powerful.

I have many stories about sharks (I’ve swum with over a dozen by now), but right now, it’s bears. Black bears. Which according to my hour of research I’ve done since my 3am wakeup are much friendlier than Grizzlies. In fact, I read that only sixty people have died since 1900. The last one who died was a man who attacked a mama Black bear not once but THREE times. 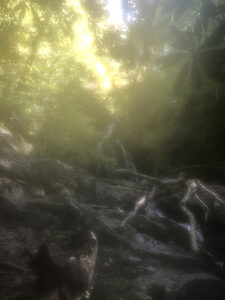 Digging deeper into the research, I found lots of reviews on All Trails of bear sightings from this past week. Hikers stated they were “lucky.” Gulp.

I also read what to do. My favorite which I practiced in my room at 3.38am is to stand tall, wave your hands, and yell, “Hi! I’m a human being!” I changed it to, “I am woman. Hear me roar.” And if needed, I would roar. Another suggestion was to buy bear spray or mace, but I didn’t really want to be mean to the bears-after all, I’m in her space.

I dig even deeper and find that prime bear time is before 10am and after 3pm. I take out my planner and write-Hike Spruce Flats Falls at 12pm. That will give me enough time to get there, park, hike, and be home by 3pm. Seventy six minutes later, I am feeling a little bit better-I turn off my light and go back to bed.

This is my MOXIEmoment. Feeling the fear and doing it anyway. Hiking in Bear Country.

I am reminded of my Fearbusting workshop that has been busting fears since 2013.

I fill it in and then move to the next section.

Actions. Like Rosa Parks said, “I have learned…over the years that when one’s mind is made up, this diminishes fear.  Knowing what must be done does away with fear.” I need to take action. 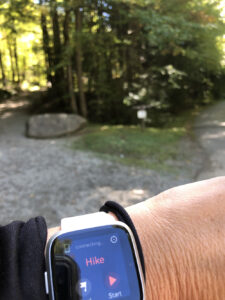 Action Number 1. Feel the fear and do it anyway. I am afraid of bears, but I hiked by myself anyway. And I am still afraid of bears. But like sharks, I’m ready to see one.

Action Number 3. Flip it into an opportunity. The opportunity was to be comfortable with the uncomfortable. To be ready for bears. To get to a point where I too am excited to see a bear, like I am when I’m swimming and I see sharks-that are not of the Great White kind. I will go back-and bring other women with me. Maybe my niece Jill who wants to see Dollywood.

What fear are you facing today?  How will you bust it?  Comment below and hit reply to share.

BE NOTIFIED ABOUT THE MOXIE ON TOUR AND SPEAKING EVENTS